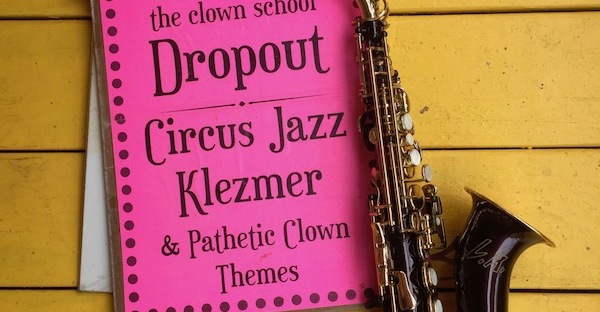 Cranky’s seasons have a long tradition of ending on a sour note, so to speak.

There was the time that Cranky was playing in Congress Square on a cold Friday evening toward the end of October.  A derelict fellow came up and insisted that that he should have a dollar out of Cranky’s bucket. When Cranky refused for the third time, the bum kicked Cranky’s bucket and what few dollar bills were in there went flying to the four winds. “OK” said Cranky to himself, “I think I’m ready for a 6-month break*”

This year, the past two November days have been warm enough to extend Cranky’s season, however, the saxophone gods aren’t having any of this. On the way to a Friday noon gig at Lower Hay, Cranky bumped his straight alto on the ground. Upon playing he could hear that something was a little off, maybe the reed was tweaked after playing in the skull mask on Halloween? But no, several songs sounded wrong in and around middle D. Turns out that bump had bent the key work just enough to cause a pad not to close properly, that’s all it took. 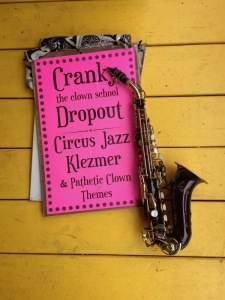 So the next day Cranky wanted to play the Farmers Market and thought it would be a hoot to bring out the curved soprano for a one-shot showing — as it usually appears once in a season. Well here too Cranky found out after he got all set up and launching into a song, that the neck octave key wasn’t closing making it very squonky to play in the lower register. Cranky labored on, stupidly still playing while having to cut songs short, abandon them on empty notes and performing musical butchery in general. Finally it wasn’t worth it.

Cranky does have a back-up alto or even a tenor sax to perform with if need be, but it would appear that these sax malfunctions have been a sign of fate to call it a day, or as it were, call it a season.

Ending on two sucky performances if a good reenforcement for Cranky’s personal baggage of maudlin woes. Achievements in the pathetic.

Most likely to find Cranky: